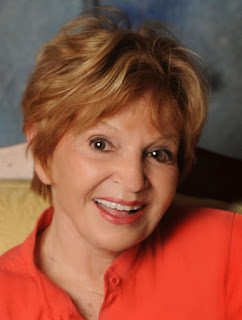 Othello Bach’s multi-dimensional world of diverse experiences has created a multi-genre author who delights, enlightens, educates and entertains children and adults. She is a mother, credentialed teacher, a certified hypnotherapist, and seminary graduate who writes with authority in each genre.

She didn’t learn to read until the end of eighth grade, yet sold her first novel to Avon Books at the age of 24. A prolific writer, she is the author of numerous published books, and still writes daily. She sometimes illustrates her children’s books, and is also a composer and lyricist with 37 recorded songs by Broadway, TV, and Hollywood stars Joel Grey, Tammy Grimes, and Sandy Duncan.

Her memoir, Cry into the Wind, reads like a Dicken’s tale of triumph over tragedy. Her children’s books spark the imagination of parents as well as children. Her nonfiction books, How to Write a Great Story and Secrets of Successful Writers inform and inspire students. One of her instructions on writing has received worldwide recognition:

Othello’s spiritual books reveal little known and frequently overlooked scriptures that empower readers who are searching for enlightenment and peace.

Her first—and bestselling children’s book, Whoever Heard of a Fird, garnered over 100 licensed products that were marketed as “Firffels” by Remco Toys. Unfortunately, this book and all of the merchandise associated with it—as well as seven other books by Othello, published by Caedmon, mysteriously “disappeared” when Harper & Row acquired Caedmon Books in 1987. However, the mystery was solved a few weeks later when Disney introduced a new cartoon series based on Othello’s concept of “two-feature creatures” – combining two animals to create a third. Disney’s combination animals were called “Wuzzles.”

For 20 years, Othello hounded Harper for an accounting of her books, and for 19 years she received the same answer: “We don’t have your work. We don’t know what you’re talking about.” On the 20th year, a new lead attorney responded to her inquiry – and 90 days later Othello had the rights back to her eight books.

For those 20 years, Othello was unable to sell new work or find an agency to represent her. Explaining the situation suggested possible legal ramifications, and not explaining made it appear she had no credits. Consequently, there was no interest from publishers or agents.

None of this, however, kept Othello from writing.  In 2007, she began publishing her work under the name “Choice Books.”  To date, she has written over 80 books (55 for children) and continues to write and publish her stories, compose music, and sometimes illustrate her children’s books.